Being among the leading Pipe Suppliers in India, our process at the facility is very stringent. Besides having stricter inspection requirements, the chemical composition of the Pipes is slightly modified to meet the mechanical performance requirements of the pipe. The specifications of the API 5L X65 PSL2 SEAMLESS Pipes meet the standards set by the ISO or the International Organization for Standardization.

All these pipes manufactured at our facility such as the API 5L X65 PSL2 SEAMLESS Pipes find application in the petroleum, oil, petrochemical, and natural gas industries. They are best suited to convey gas, steam and fluids like water and oil from offshore sites to the refineries. Besides being used in the petrochemical and gas industries, our API 5L X65 PSL2 SEAMLESS pipes can be found in industries like Heating, Chemical industry, Water supply systems, Plumbing, Power plant, Pulp and Paper Industry.

Not only are we one of the leading manufacturers, exporters as well as suppliers of the quality API 5L X65 PSL2 SEAMLESS Pipes, but we also provide them at a reasonable cost. Our Pipes are mainly utilized to fulfill the different wants of the various industries. About the thickness and dimensions of these pipes, the pipes thickness and dimensions are based on the industry recognized standards and the client requirement, as per their industry requirements. In short, customers can extend and decrease the size and thickness and dimensions according to the needs, with the customizations that they want to have included. All these pipes and tubes are designed for them to be tested according to the optimized standards such as ASME, ASTM, and API. With this, they are tested again using the extra testing process such as NACE, IBR, NACE MR0175, TM0177, HIC test, H2 SERVICE, SSC TEST and many more.

So, at our facility these API 5L X65 PSL2 SEAMLESS Pipes are tested on numerous quality stages by experts. We offer an extensive range of the premium quality Pipes to our clients. We take utmost care that our Pipes are in strict compliance with industry specific standards and practices. Our clients can have assured purchases from us for a high-quality range of Pipes. At Trio Steel the pipes are available in varied width and length, these Pipes can be customized as per client’s specific requirements. Trio Steel API 5L X65 PSL2 SEAMLESS Pipes are compact in sizes and are offered in various standards of finishing.

We arrange and export a complete range of API 5L X65 PSL2 Seamless Pipe and these pipes are developed according to industry standards or exceed API, ASTM, ASME, ANSI, and other national and international criteria.

API 5L X65 PSL2 Seamless Pipe is a carbon steel pipe used for the transmission of Petroleum Distillates  Oil & Gas,. These pipes are available in many forms such as round, square, rectangle, oval, coil, flexible pipe, shaft, ‘U’ Shape, Hydraulic Tube, and many more. All API 5L X65 PLS2 Seamless Pipe is manufactured and tested to the relevant standards.

API 5L X65 PSL2 Seamless Pipe that is enhanced is high yield seamless pipes that are custom made to match offshore structural purposes. Its main purpose is for (but not limited to) its use in fixed offshore structures and is created to function in the offshore sector. As the yield strength of the pipe increases, the checking becomes stringent as well.

API 5L Line Round Pipe grades of API pipe exhibit good machinability and also have excellent weld-ability characteristics by addition as well as no addition of filler metals. These API 5L pipes are accurate and available in various sizes and shapes as per the specifications laid by the clients. API 5L X65 PSL2 Seamless Pipe is known to be efficient and cost-saving.

We Triosteel will provide you Carbon Steel API 5L X65 PSL2 Seamless pipe which is used in critical engineering applications and also in other applications in the automotive sector. Carbon steel products include steel for LPG cylinders, corrosion-resistant steel, boiler quality, and many more. Whether you need Carbon Steel API 5L X65 PSL2 Seamless for deep sour wells, drilling, offshore drilling, or for natural gas water transport or oil transport. We Triosteel can meet the demands of your company. Rexal Tubes is a leading stockiest in India with over 800-ton stock in carbon steel seamless pipe tubes.

All pipes will be ultrasonic experiments done on pipe body and pipe end as per API 5L standards:

All dimensions will be provided with a 3.2 certificate according to EN 10204, approved by a recognized and independent inspection agency. Marking shall be in SI units (x65) by API codes & mill standards.

All extents will be provided according to API 5L clause 9.11; In addition, the following tolerances apply:

Pipes are varnished on the exterior.

Fill the Below Detail 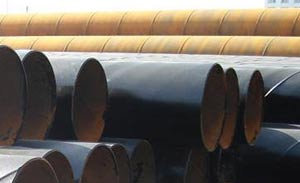 Carbon steel is more commonly used than any other metal, and has long been admired for its versatility
Know more
Alloy Steel Pipes 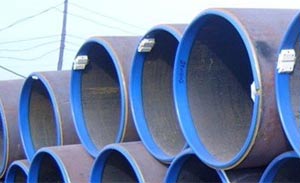 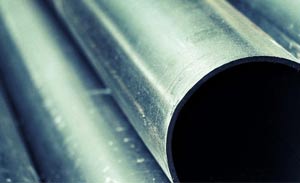 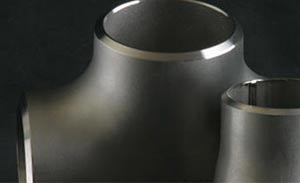 Fill the below details